All hail the conquerors of Quebec!

So remember how I was going to talk more French today? Yeah. We got to sleep in a little bit this morning then broke down the RV and headed out to our second Quebec area campground. This one was our first experience of a KOA campground, not quite as pretty but def more Americanized… My French attempt for the morning was three lines. Me announcing that we had a reservation, the girl saying something completely unintelligible, Me switching to English… Oh well.

We had arrived just in time to park, hookup the power & water, get our day packs together, and hustle back to the main building for the last shuttle out for the day. Megs valiantly figured out getting the tickets. The shuttle comes. No blatant advertising. Cool. The shuttle driver, however, seemed to be kinda pissed that we were only riding for the shuttle and not the full guided tour package. Um, sorry??

He got back at us by spending the next hour and a half driving all over creation picking up random small groups from hotel after hotel until the little shuttle was packed. And we felt awkward… As a bonus he did come on the intercom and point out a University we were driving by where all the buildings are connected by underground tunnels. Cause you know, it might snow once or twice up here each winter. Finally we reached the center of the Old City and he starts reading off various groups that were going to do the walking tour, boat tour, etc. Escorting them off the bus and showing them where to go. Then he seems to remember us, looks at Megs, and says, “You two off here, back here at 6!” Well. Thanks I guess…

Another shuttle ride survived, we proceeded with taking Quebec by storm. First was back down the boardwalk. 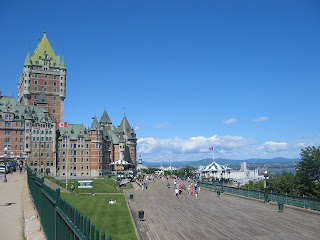 Then up to the old fort overlooking the city, called La Citadelle. It was pretty sweet, designed to use the cliffs to the south and then a star shape around the rest. I spent some time checking out the model and trying to figure out how I would attack the thing… Yeah, I’d be slaughtered regardless. Apparently the majority of the fort was built when the British had control of “New France”. The evil Americans attacked in 1775 at the Battle of Abraham’s Plain, or something like that, and they realized that they needed to build a ridiculously impenetrable fortress to protect Quebec. Funny how, growing up in Maine, our history books never really mentioned any of that… 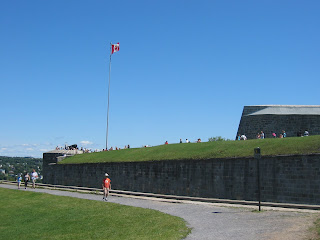 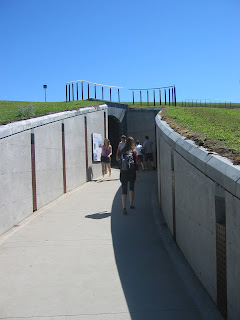 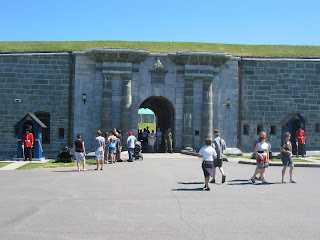 We walked around the rest of La Citadelle until we came up upon another scenic overlook. As we approached, we started to recognize a few people… Low and behold, the very shuttle we had left an hour ago was parked at the same place! We were careful not to draw any attention to ourselves, but Megs was able to covertly snap this photo of the enemy. 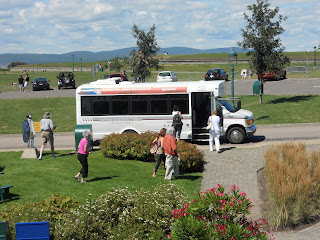 And we decided that Maine was just beyond that rise... 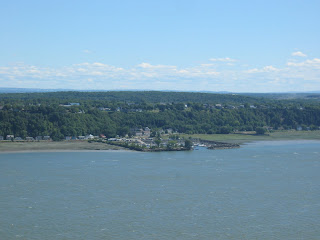 Our mission a success, we started on a circuitous route which took us through the “Plains d’Abraham”, through a neat garden, past a house that I thought was pretty cool, and down the Grand Allee back towards the Parliament Building for our first guided tour of the trip. 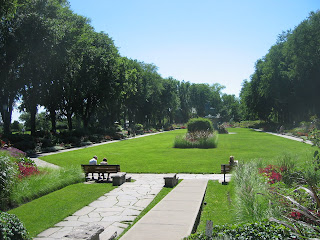 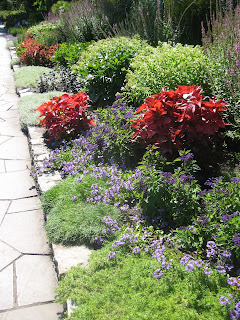 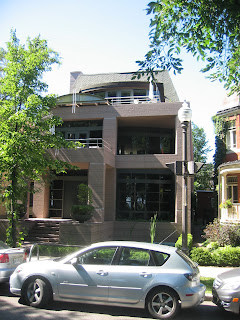 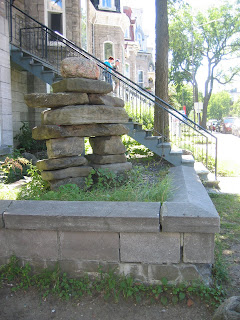 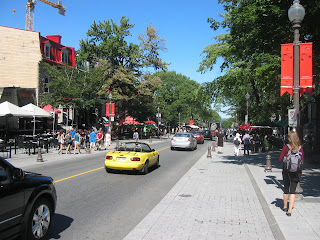 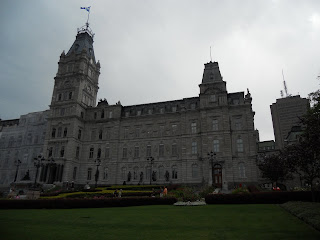 It was about this time that people started to somehow decide that they needed to tell Megs what pictures she should be taking. Now, she already takes great pics on her own… 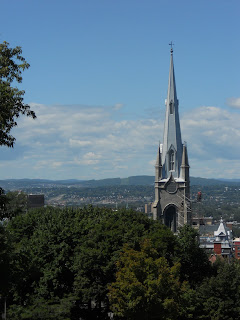 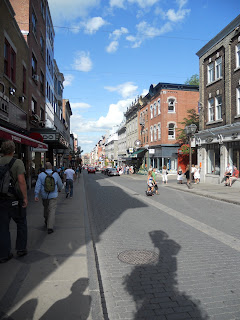 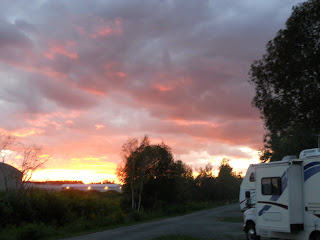 Check out what she was directed to take… 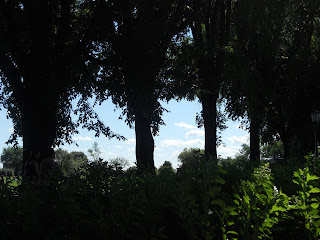 A lady made Megs take her seat on a bench for that one. Beautiful. 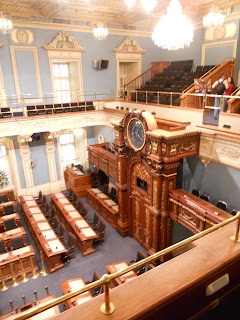 And another lady, on our tour through parliament, told Megs she just had to get a picture of the gorgeous clock!

Speaking of our Tour through Parliament… It was a doozy. Apparently they put out an advertisement for all the crazy people visiting Quebec that day and told them to all go on the same tour together. We had winners from Jersey, Florida, Manitoba, etc. It seemed like just about none of these folks had any sort of schooling in how your basic government worked. It’s not that hard people! One room is for all the delegates from across Quebec who were elected to be there. The other room is for them to convene their various committees. 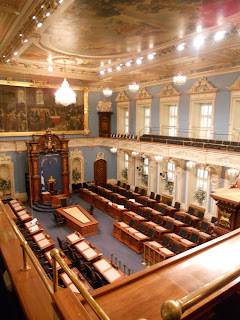 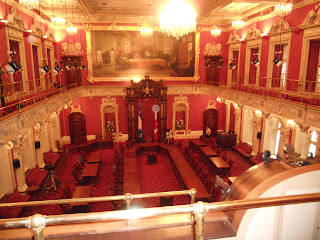 You have already met the Jersey lady, that picture of the clock was totally worth it… She also decided she needed clarify whether or not she could sit down in one of the committee seats because the tour guide had mentioned that sometimes interested parties were allowed to make statements. C’mon lady! She just told you how it works, and you’re not even Canadian!!! Oh man, then it was the Florida guy’s turn. He starts off by haughtily asking, “How much does all this cost for upkeep?” The poor tour lady, bless her stamina, explained that she didn’t know the numbers. She further told us that some Quebec residents ask that question sometimes, but that the extensive upkeep of these beautiful historical rooms is done as a demonstration of their belief in democracy. The guy was pissed… “Well I would ask too!” He says. “I can’t believe that they have every single light on and working!” Really?? Buddy. YOU AREN’T EVEN CANADIAN!!!!! Calm yourself. Definitely a case in point of why I can’t handle talking to super conservatives… They only see the world in black and white. That’s just not realistic.

So these folks, mixed with the guy from Manitoba, and I thought our tour guide was going to give up on the spot a have us kicked out of the province. Manitoba guy clearly couldn’t understand what she was saying, but had to either comment or ask something about every point she made. This led to several uncomfortable moments when neither of them knew what the other was talking about and the rest of us just tried to stare at something in the room until the awkwardness passed. Phew.

And so that was the Quebec Parliament tour! And our first tour of the trip! We are in for plenty more great ones I am sure!

The rest of our time in the city was spent wandering through the last few areas we hadn’t seen yet and then just relaxing in the city center. Our shuttle driver on the way out did not seem to hate us either, so that was a plus. 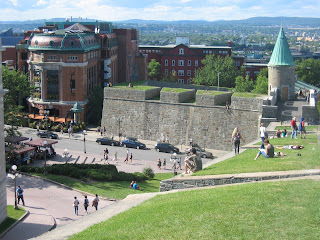 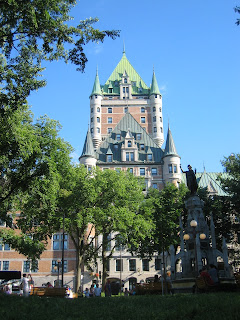 Tomorrow is the beginning of a string of early mornings and busy days! We are getting up wicked early, packing up, and heading to another KOA outside Montreal. Then we will be spending the rest of the day and evening exploring the city. 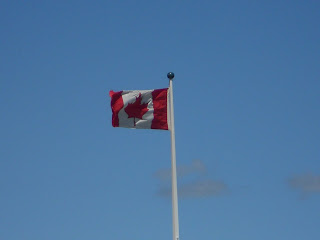 Au Revoir a Quebec. A city that both of us really liked a lot, despite the challenges. I may have to come back sometime and see what it is like in the winter!
Posted by Hightower at 10:29 PM